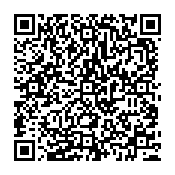 Chemical composition and properties of petroleum

Petroleum usually known as oil it is a naturally occurring yellowish-black liquid combination of mostly hydrocarbons found in geological strata. Petroleum refers to both naturally occurring raw petroleum and petroleum products made from refined petroleum. Petroleum, a fossil fuel, is produced when enormous amounts of dead animals, primarily zooplankton and algae, are buried beneath sedimentary rock and subjected to extended heat and pressure.

Oil drilling has extracted the vast majority of petroleum. Drilling occurs following structural geology, sedimentary basin study, and reservoir characterization studies. Recent technological advancements have also resulted in the extraction of additional unconventional deposits such as oil sands and oil shale. Oil is refined and separated, most simply by distillation, into a variety of products for direct use or use in manufacturing once it has been removed. Products include gasoline (petrol), diesel, and kerosene; asphalt; and chemical reagents used in the production of polymers, insecticides, and pharmaceuticals. Petroleum is utilized in the production of a wide range of commodities, and it is estimated that the globe consumes approximately 100 million barrels (16 million cubic meters) of petroleum per day. Petroleum extraction can be enormously profitable and was vital for economic development in the twentieth century, with certain countries obtaining significant economic and international power as a result of their control over oil production.

Petroleum is a liquid paraffin hydrocarbon compound composed of pentane to pentadecane. Normal paraffins, iso-paraffins, alkyl paraffins, naphthenes, alkylbenzene, and nuclear aromatics are among the several classes of hydrocarbon compounds. The saturated, low molecular weight hydrocarbons are known as paraffins. This group includes the corresponding gaseous phases. The naphthenes are hydrocarbons with a high molecular weight that are strongly bound. All petroleum includes detectable levels of naphthene molecules (10% by composition). Petroleum also contains a wide range of heteroatomic chemical elements such as sulphur, oxygen, carbondioxide, nitrogen, and trace metals. Nitrogen concentrations in petroleum range from 0.01 to 2% as dissolved gas. Oxygen exists in a variety of forms in oxygen-bearing resinous compounds. Petroleum collects in geological structures known as traps. A trap might be stratigraphic, paleogeomorphic, or a mix of the two. Structural folds are examples of paleogeomorphic traps, while stratigraphic traps are those produced by lateral variations in reservoir rock characteristics within a layer.