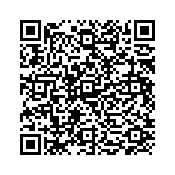 Business ethics and its importance

Initially regulated economies required governments to regulate and control business organisations and economic institutions through law and government mechanisms in order for them to play their role in contributing to the growth of their stakeholders in a balanced way that protected almost everyone's interests. Various business management concepts, principles, theories, practises, goals, and strategies have been evaluated, revalidated, and constantly changed as a result of massive liberalisation, privatisation, and globalisation of business, which began at the end of the twentieth century and accelerated at the start of the twenty-first. Governments, which were previously responsible for safeguarding customers' interests in terms of quality, price, safe and timely delivery of products, etc., protecting businesses from unhealthy competition, and limiting the concentration of economic power in the hands of a few, which should be enjoyed by the majority of people. Ethics is defined as "the study and application of frameworks, values, and principles for the development of moral awareness and the direction of behaviour and action." Moral, good, right, just, and honest are all terms used to describe ethics [1]. The principles or aspirations of human behaviour are what ethical standards are referred to as.” As a result, ethics involves morality and good character, and refers to generally accepted human character and behaviour that current society considers acceptable. A businessman's actions have a greater impact within the company than they do outside of it. As a result, he should obey the laws, even if he believes they are unjust or immoral. If a businessman believes that a law's provisions are unjust, he can take steps to modify them rather than disobeying them [2]. Morality should be observed not only in business but also in non­business actions by a businessman. It is not necessary to observe morals out of fear of punishment. He should act ethically because he cares about his company and society as a whole. Only by attempting to strike a balance between pursuing economic objectives and fulfilling social obligations, i.e., between its obligations to the society in which it exists and operates; to its people, without whom it could not even consider pursuing economic goals; and to its environment, from which it takes so much without demanding anything in return, is a business considered ethical. The application of moral principles to business concerns is referred to as business ethics. The term "morals" refers to a society's accepted standards of behavior [3]. The goal of business ethics is to direct managers' efforts in carrying out their responsibilities to the satisfaction of numerous stakeholders, including as employees, owners, customers, suppliers, and the general public. Ethical behaviour not only boosts profits, but it also enhances company relationships and increases staff productivity. Business ethics is concerned with how businesspeople conduct themselves when conducting business [4]. Businessmen and business units face issues as a result of unethical practises. The success of a company is determined on the businessman's ethical behaviour. Business customs differ from one company to the next. When a custom is adopted and accepted by businesspeople and the general public, it becomes an ethics. "Business Ethics is an art and science for preserving harmonious relationships with society, its many groups and organisations, as well as recognising the moral responsibility for the tightness and wrongness of business action," according to Wheeler