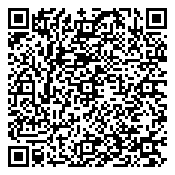 As the poultry industry expands and global consumption of poultry-derived goods rises, infection control is vital to maintain healthy flocks and limiting the spread of zoonosis from this source. Similarly, the extensive use of antibiotics as treatments to prevent diseases and as growth promoters in farmed animals in several countries is creating severe dangers to antimicrobial resistance. Vaccines for poultry must be significantly less expensive than those for people, as well as simple to manufacture and give in large quantities. Protein Glycan Coupling Technology (PGCT), that uses living bacterial cells as factories to create glycoconjugates and may be applied to pathogenic strains, offers novel cost-effective vaccine design methodologies that are ideally suited for the poultry market.

Vaccines are one of modern medicine’s great successes, and they’re becoming a more essential tool in the battle against antibiotic resistance. Glycoconjugate vaccines, which are made up of a protein component that is covalently bonded to a glycan antigen, are very effective at preventing infectious illness. However, glycoconjugate vaccines have yet to realize their full potential, with just four diseases now covered by approved glycoconjugate vaccines. Protein glycan coupling technology, in which glycoconjugates are created biologically in specially engineered bacterial cells, has the potential to revolutionized the sector by cutting production costs and boosting flexibility for custom vaccines.

Economic and societal prosperity are dependent on well-maintained poultry. Poultry is the world’s primary source of meat and eggs. The total number of broilers and layers in the globe is presently estimated to be over 66 billion broilers and 21 billion layers. In addition, poultry is responsible for egg production, which has expanded thrice in the previous three decades, with an estimated annual output of c. 87 billion eggs. Infectious illnesses, on the other hand, continue to be a substantial hindrance to poultry welfare and production. As a result, there is an increasing demand for effective measures to limit disease transmission inside and between flocks, to avoid large economic losses, and to reduce the healthcare burden associated with zoonoses caused by chicken products. Colibacillosis, mycoplasmosis, and salmonellosis are the most common bacterial infections in poultry, caused by avian pathogenic E. coli (APEC), Mycoplasma gallisepticum (and less frequently by Mycoplasma synoviae and Mycoplasma meleagridis), and Salmonella enterica species (mostly Salmonella enterica serovar Pullorum and Salmonella enterica serovar Gallinarum) (Roser, 2019; Dinev, 2007; Marshall, et al., 2018).

Protein Glycan Coupling Technology (PGCT) circumvents some of the limitations of chemical conjugation by conducting an enzymatic conjugation of recombinantly expressed glycans to proteins within a bacterial host cell, usually E. coli. The in vivo coupling happens in a single step with PGCT, eliminating the requirement for separate production and purification of the carrier protein and glycan moieties. As a result, PGCT has the potential to produce an endless supply of low-cost glycoconjugate vaccines, lowering production costs, potentially increasing accessibility to lower-income markets, and unleashing higher-quality vaccines for the veterinary vaccine market, where price per dose requirements are much lower (Kowarik, et al., 2006).

Although glycoproteins and hence protein glycosylation systems were once assumed to be unique to eukaryotes, they are now recognized to exist across all domains of life. The gastrointestinal pathogen Campylobacter jejuni provided the first evidence of a specialized generic protein glycosylation mechanism in bacteria. The relevant genetic region was named pgl for protein glycosylation, and its existence was further verified by genome sequencing of C. jejuni strain. The glycan is covalently bonded to the amide nitrogen atom of an asparagine residue located within the consensus acceptor sequin D/EXNYS/T (where X and Y are any amino acid except proline) of a protein or peptide, indicating that it is an N-linked system. The discovery of the oligosaccharyltransferase (OST), the enzyme responsible for linking glycans to acceptor proteins, was the most significant result from this N-linked glycosylation system (Nothaft, et al., 2016; Vohra, et al., 2020).

As recent technical developments are applied to the synthesis of new glycoconjugates, the next several years will be a significant and exciting moment for PGCT. The findings of the first large-scale effectiveness studies will provide more insight into the technology’s ability to compete with existing chemical conjugates in terms of both manufacturing cost and development time. We are confident in stating that the technology is cutting-edge.