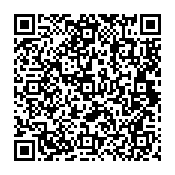 Global climate change affects precipitation pattern, in-crease in temperature, sea level rise, melting of snow and glacier, Glacial Lake Outburst Flood (GLOF) risk, and increased frequency and intensity of severe weather events. Global warming has given birth to the fast retreating and melting of ice and glaciers and hazardous glacial lakes in the Himalayas (Benson, et al. 2018). As an outcome of recent climatic change, glacier recession is occurring globally. Glaciers thin-ning and retreating towards the evolution of new gla-cial lakes and also existing glaciers are becoming large by the mass gathering of melting water behind loosely packed end moraine dams. Such glacial lakes have become a threat to mankind and their belonging living in downstream due to instability and catastroph-ic destructive hazards (Bubeck, et al. 2012).

Climate change is defined as the variations in properties i.e. the state of climate which stays for a longer period of time or may be for a decade according to the Inter-Governmental Panel on Climate Change (IPCC, et al. 2007). It refers to any change in climate over time, whether due to natural variability or as a result of human activity. As per United Nations framework convention on climate change, it refers to change of climate due to human activities which varies the components of the global atmosphere and which is observed over a comparative period of time (Cassel, et al. 2017). The impacts of climate change globally in -clude, change in rainfall pattern, melting of glaciers and sea ice, increase in temperatures, risk of Gla-cial Lake Outburst Floods (GLOFs), rise in sea level and an increased frequency and intensity of extreme weather events.

Global warming has given birth to the fast retreating and melting of glaciers and hazardous glacial lakes in the Himalayas. The world economy is facing threat due to change in climate and mainly the developing countries are vulnerable. Global warming as well as its consequences are unpredicted weather events, shifts in precipitation patterns, fast glacial and ice melting, and rise in sea level (Chan, et al. 2022). These are affecting the system and resources of the country in a round-about manner. In temperate and tropical Asia extreme events, such as droughts, floods, tropical cyclones and forest fires, have increased drastically. Due to these weather events agricultural productivity and food secu-rity has been diminished in many parts of the world. In arid and semi-arid regions, water availability and runoff are decreasing at an alarming rate threatening human health to more liable to get exposed to vector-borne infectious diseases and heat stress. Millions of people living in low-lying coastal areas are forced to shift due to the rise in sea level and tropical cyclones. In case of increase in rainfall conditions that would raise flood risks.

Energy consumption increases due to climate change which adversely affects transports and decreases tour-ism in some parts of Asia. It would also intensify threats to biodiversity due to land-use and land-cover changes and population pressure. The increase in concentra-tion of greenhouse gases in the atmosphere is due to human activities and industrialization. Over the past hundred years the world’s average surface tempera-ture has been increased between 0.3 to 0.6 °C. In its third assessment report, IPCC, revealed that the rate and duration of warming in the 20th century is larger than at any other time during the last one thousand years.