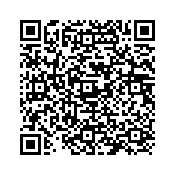 Growing food and other crops without using a lot of animal products is called "vegan organic agriculture." Vegan organic agriculture is the animal-free kind of organic farming. In order to avoid directly injuring animals or being linked to their exploitation and subsequent suffering, vegan organic farming methods do not employ animal products or by-products such as blood meal, fish products, bone meal, dung, or other animalorigin substances (Schmutz, et al, 2016). Some of these items are leftovers from raising animals for food, milk, skins, furs, entertainment, labour, or companionship; they are by-products of animal husbandry.

The sale of such by products contributes to the industry's support, which vegans deem unethical because it lowers costs and boosts profits for those involved in animal husbandry (Appleby, 2018). Vegan organic farmers use cover crops, green waste, composted vegetable matter, and minerals to preserve soil fertility. Some vegan gardeners might add vegans' human urine and vegans' "humanure," which is made in compost toilets.

Veganic organic farmers practise techniques including planting a variety of plants in the ground and avoiding generating significant soil disturbances. This kind of farming includes consideration for the health of people and animals, as well as the environment. Mulch, compost, chipped branches of wood, crop rotation, and other plant-based practises are some of the ones employed in veganic agriculture. Biocyclic vegan-certified farms handle insects using Vegan organic farmers use cover crops, green waste, composted vegetable matter, and minerals to preserve soil fertility. Some vegan gardeners may use vegan urine and vegan "humanure," which is produced in compost toilets (Eveleigh, et al, 2020). A crop grown expressly to be absorbed into the soil while still green is known as "green manure" in agriculture.

As is frequently done with manure, the biomass of green manure is typically mixed with a plough or disc (Adekunle, et al, 2012). The main objective is to enrich the soil with organic matter for its beneficial effects. Especially in organic farming, green manuring is frequently employed with legume crops to enrich the soil with nitrogen for subsequent crops (Belasco, 2007).

The following strategy requires gardeners to apply mulches that cover the soil and non-compacting surface cultivation methods with any short-handled, wide-bladed hand hoe. When surface cultivating, they kneel, putting a board under their knees to distribute the strain and avoid compacting the soil. The Biocyclic Vegan Standard, an IFOAM-accredited organic standard for vegan organic farms, was described by Kenneth Dalziel O'Brien in Veganic Gardening. As of February 2022; it had been granted by BNS Bio cyclic Network Services Ltd. and approved 21 farms throughout Europe. The German Environment Agency gave the German Biocyclic Vegan Association a grant of 60,000 euros for the promotion of the bicyclic vegan standard from 2021 to 2022. 19 farms in the UK and Ireland have received the Stock free Organic label's vegan organic certification as of February 2022. The Vegan Organic Network sets the standards for the label, and the Soil Association certifies farms seeking to use it.

Appleby M (2018). The Super Organic Gardener: Everything You Need to Know about a Vegan Garden. Casemate Publishers. [Google scholar]