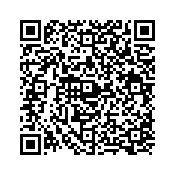 Causes, symptoms and treatment of anthrax

Anthrax is an infectious disease caused by a bacterium called Bacillus anthracis. It’s very rare in the United States, but can be very serious. It usually affects only livestock such as cattle and sheep. However, contact with infected animals and products derived from them can also lead to infection. Anthrax is also found in people who have been injected with heroin. Other at risk for anthrax includes those who handle anthrax in the laboratory and those who are exposed to anthrax due to bioterrorism. Anthrax is not contagious and cannot infect others.

Anthrax usually affects hoofed animals such as sheep, cattle, and goats. People who come into contact with infected animals can also become infected with anthrax. There are three main routes of anthrax infection: skin (cutaneous), lungs (inhalation), and mouth (gastrointestinal). Cutaneous anthrax occurs when spores of anthrax invade the body through cuts or abrasions on the skin. This is the most common form of anthrax infection. The main risk is contact with animal skin or hair, bone products or wool, or infected animals. Farm workers, veterinarians, tanners, and wool workers are at greatest risk of anthrax. Inhaled anthrax occurs when spores of anthrax enter the lungs through the respiratory tract. This most commonly occurs when workers inhale aerial anthrax spores during processes such as tanning and processing wool. Inhaling spores means that a person has been exposed to anthrax, but that doesn't mean that the person has symptoms. Bacterial spores need to germinate or sprout before the actual disease develops (like seed germination before the plant grows). This process usually takes 1 to 6 days. When spores germinate, they release some toxic substances. These substances cause internal bleeding, swelling and tissue death. Gastrointestinal anthrax occurs when someone eats meat contaminated with anthrax. Injectable anthrax can occur in people who self-inject thedrug (heroin). Anthrax can be used as biological weapons or for bioterrorism.

There are four common routes of anthrax infection, each with different signs and symptoms. Most often, symptoms occur within 6 days of exposure to the bacterium. However, it can take up to 6 weeks or more for the symptoms of inhaled anthrax to appear.

Cutaneous anthrax is a skin-related anthrax in which the infections enter the body through the skin, usually through cuts and other wounds. It is the most common route of illness. It is also the calmest. With proper treatment, anthrax dermatitis is rarely fatal. The signs and symptoms are a raised, itchy ridge that resembles an insect bite quickly develops into painless sore with a black center, wounds and swelling of nearby lymph glands. Sometimes Flu-like symptoms such as fever and headaches may occur.

Gastrointestinal anthrax is an anthrax in which the infection results from eating undercooked meat from infected animals. It can affect the gastrointestinal tract from the throat to the large intestine. Signs and symptoms are nausea, vomiting, abdominal pain, headache, loss of appetite, fever, severe bloody diarrhea in the later stages of the disease, sore throat and difficulty swallowing, swelling of the neck.

Inhalation anthrax is the one which is caused by inhaling anthrax spores. It is the most deadly form of illness and is often fatal even with treatment. The first signs and symptoms are Flu-like symptoms that last for hours or days, such as sore throat, mild fever, fatigue and muscle pain, mild chest discomfort, shortness of breath, nausea, cough, difficulty swallowing, high fever, difficulty breathing, shock(an acute medical condition involves disruption of circulatory system), meningitis.

Injection anthrax is recently identified route of anthrax that has been reported only in Europe so far. It is transmitted by injecting illegal drugs. Early signs and symptoms include redness at the injection site (except for the darkened areas), marked swelling, shock, multiple organ failure, and meningitis.

Prevention includes vaccination and preventive antibiotics and sometimes other drugs. Vaccines against anthrax can be given to people at high infection risks (like military staff, veterinarian, laboratory technicians, and workers of textile mills processing imported goat hair). Most members of the army have been vaccinated due to the possibility of anthrax as a biological weapon. In order to be effective, the vaccine must be given to 5 doses. We also recommend a booster shot given every year on the face. All shots are injected into the muscle.

Cutaneous anthrax can be diagnosed based on the following characteristic signs: Evidence of the presence of anthrax in the raised areas of the skin and in the areas of lesions. The history of contact with livestock or other possible animal sources is also important. Gastrointestinal anthrax is more difficult to diagnose. In the first mild stages of inhaled anthrax, the symptoms resemble those of a common cold or upper respiratory tract infection. With the sudden onset of the second stage of more severe symptoms, chest x-rays may reveal characteristic changes.

Treatment includes antibiotics and other medicines. The longer the anthrax treatment is delayed, the higher the risk of death. Therefore, treatment is usually started as soon as the doctor suspects that people have anthrax. Skin anthrax is treated with ciprofloxacin, levofloxacin, moxifloxacin, or doxycycline orally for 7-10 days. Other anthrax infections such as inhalation, gastrointestinal, and severe anthrax are treated with a combination of two or three antibiotics. Inhaled anthrax is a combination of antibiotics and injections of raxibacumab, ovyltoxaximab, or Valortim® (a monoclonal antibody that binds to anthrax toxins in the human body), or antibiotics and intravenous anthrax immunoglobulin. It can also be treated with corticosteroids when the brain and meninges are affected, or when there is fluid accumulated around the lungs. Other treatments may include mechanical ventilation to help with breathing and fluids and drugs to increase blood pressure.