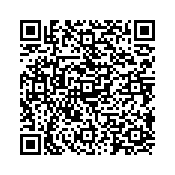 Igneous rocks are formed on the basis when molten rock cools to a solid state. Igneous rocks can be iden- tified easily with their texture, density, color and min- eral composition. Magma, silicate minerals and the construction of a useful illustration that may be used to name an igneous rock and determine its mineral content. Since a rock is a mixture of minerals our dis- cussion of the igneous rocks peridotite, gabbro, ba- salt, diorite, andesite, granite and rhyolite. It means we must discuss the minerals of which these rocks are composed. Surprisingly, all seven are composed of various combinations of only nine minerals: oliv- ine, augite, anorthite, albite, orthoclase, hornblende, quartz, biotite and muscovite. Thus all the rocks and minerals required to teach basic igneous processes, including volcanoes.

Igneous rocks and the minerals of which they are made form by the cooling, crystallization and solidi- fication of molten rock. Clarification of terms used to reference molten rock is our first priority. Geologists, being scientists, are more particular and distinguish between molten rock above and molten rock below Earth’s surface. As long as molten rock remains be- low the surface it is called magma. Once extruded onto Earth’s surface it becomes lava. Even though magma and lava do not denote, nor imply, differenc- es in mineral composition the geographic distinction plays an important role in the physical appearance of the rocks formed when they cool.

The formation of igneous rock is formed through mag- ma, which is the parental rock. Actually there are four distinct kinds of magma. Each has a unique physi-cal appearance that are differed based on regions and their location. Our discussion will focus upon more on common basaltic, andesitic and granitic magmas be- cause they make most of the igneous rocks we see and because peridiotite magma is only very rarely seen on Earth’s surface. Each magma is temperature dependent and chemically distinct. This keystone con- cept means that as each cools it will produce a unique suite of solid minerals and rocks. Crystal size in an ig- neous rock may indicate the rate at which the lava or magma cooled to form a rock. Indeed, magmas are named for a prominent igneous rocks produced by the cooling of magma. Viscosity requires more effort than simply observing it. We have already stated that there is no such thing as single parent magma. Magma im- plies various types based on physical forms. Although there are many ways in which they vary, the best place for us to begin is with silica content.

Below the Earth’s crust there is a mixture of all magma’s contain dissolved gases. How these gases escape from the molten rock is a direct function of the molten rock’s viscosity. This simple relationship explains the explosive potential of volcanic eruptions. For exam- ple, as a low viscosity basaltic magma rises towards the surface most of its dissolved gases are quickly re- leased from solution when magma becomes lava. On the other hand, high viscosity, granitic magmas greatly restrict the movement and dissipation of dissolved gas. With its trapped gas, the granitic magma/lava can be a potential super volcano waiting to explode.