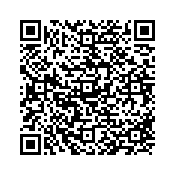 A volcano is a rupture in the crust of a planetary-mass object, such as Earth, that allows hot lava, volcanic ash and gases to escape from a magma chamber below the surface. Volcanoes are built by the accu- mulation of their own eruptive products lava, bombs (crusted over lava blobs), ash flows, airborne ash and dust. A volcano is most generally a conical hill or mountain assembled around a vent that connects with reservoirs of molten rock forms below the surface of the Earth. The term volcano also refers to the open- ing or vent through which the molten rock and asso- ciated gases are expelled. Driven by buoyancy and gas pressure the molten rock, which is lighter than the surrounding solid rocks, forces its way over head and may ultimately break through zones of cracks in the Earth’s crust. However, an eruption begins and the molten rock may stream from the vent as non ex- plosive lava flows. Larger fragments fall back around the vent and accumulations of fall back fragments may move down slope as ash flows under the force of gravity. Some of the finer ejected materials may be carried by the wind only to fall to the ground many miles away. The finest ash particles may be inject- ed miles into the atmosphere and carried numerous times around the world by stratospheric winds before settling out.

Molten rock below the surface of the Earth that rises in volcanic vents is known as magma, but after it erupts from a volcano it’s called lava. Originating many tens of miles beneath the ground, the ascending magma generally contains some crystals, fractions of sur- rounding unmelted rocks and dissolved gases, but it’s primarily a liquid composed basically of oxygen, silicon, aluminum, iron, magnesium, calcium, sodium, potassium, titanium, and manganese. Magmas also contain numerous other chemical elements in trace volumes. Upon cooling, the liquid magma may precip- itate crystals of various minerals until solidification is complete to form an igneous or magmatic rock.

The heat concentrated in the Earth’s upper mantle raises temperatures sufficiently to melt the rock locally by fusing the materials with the smallest melting tem- peratures, resulting in small, isolated blobs of magma. These blobs also collect, rise through conduits and fractures and some ultimately may re-collect in larger pockets or reservoirs a few miles beneath the Earth’s surface. Mounting pressure within the reservoir may drive the magma further upward through structurally weak zones to erupt as lava at the surface. In a con- tinental atmosphere, magmas are generated in the Earth’s crust as well as at varying depths in the upper mantle. The variety of molten rocks in the crust, also the possibility of mixing with molten materials from the underlying mantle, leads to the product of magmas with widely different chemical compositions.

It might be expected near or on the Earth’s surface they solidify to form igneous rocks that are finely crystalline or glassy with many crystals, if magmas cool rapidly. Consequently, lavas, which of course are very quickly cooled, form volcanic rocks typically characterized by a small percentage of crystals or fragments set in a matrix of glass which quenched or super cooled mag- ma or finer grained crystalline materials. However, they cool much more slowly and thus allow suitable time to sustain crystal precipitation and growth, performing in the conformation of coarser grained, if magmas never breach the surface to erupt and remain deep under- ground.