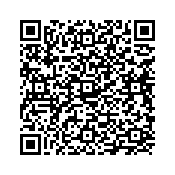 Agriculture is the only key role for the global economy. With the increase in human population, there is a drastic and utmost pressure on the agricultural sector. Thereby, with the advancements in the technology, there are also implementations being taken place in the agricultural sector. It has brought a sort of precision farming and it is termed as the digital farming. This digital farming has gave rise to the novel scientific portals by using the data and let the agriculture drive to the productivity by keeping in hand of the approaches that evolve the farmers to grab the technological changes. The data that is generated will give an idea to the farmers that how extent they can maintain and utilize the temperature, soil etc. This machine learning gives the interaction in between the crop, soil and weather and also the data which further lead to the more accurate and the in making decisions. Machine learning is now an emerging factor that is revealing the high intensive and high computing opportunities in the agricultural operations. In general machine learning is a field that has the ability to learn with no conditioned programs. Year by year, this is being taken as an emergent factor in the scientific fields. The technology that is being used in the field of agriculture is called as the Agri-technology and the output is of the précised form.

The data that is being provided in the present or the modern agricultural techniques, the sensors will understand the environmental changes as well as the interactions such as the interaction between the crop soil and the weather conditions etc. In general, the machine learning methodologies will be experiencing how to perform the task. This gives a platform to perform the tasks. The Machine learning task is a supervised learning that depends on the learning signals. In some cases, there are situations where, the provided data maybe still missing and this can be named as the reinforced machine learning. The IBM i.e., instance based models are another type of the memory based models which in general they learn by comparing. These construct the hypothesis from the data that is available and generate into the regression and the predictions. There are the several types of learning such as the locally weighted learning, learning vector quantization, decision trees, artificial neural networks etc. The decision trees are of the regression models that are formulated in the form of tree in architectural form. Here, the data base is organized progressively and organized in such a way of the smaller populations in correlation with the plots. They have leaf nodes which give an output of the final decision that is followed by the node of the leaf.

There are several learning algorithms and most importantly the common algorithms are the regression trees. Out of them the chi-square is the detector of the automatic interaction. Whereas the ANN’s i.e., Artificial Neural Networks are of the other set of the learning phase which are in general inspired by the human brain. These function directly through the brain functionality of the humans. The EL i.e., ensemble learning is a mode of learning that improves as well as predicts the performance of the statistical learning. By considering the each trained ensemble, it represents the single hypothesis; they enable the hybridization of the hypothesis. These decision trees are based on the EL models generally boost and bag the implementations that have been proposed. There are several studies still going on for implementing the more techniques in the agricultural sector.