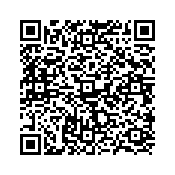 Global Journal of Virology and Immunology

A virus is a unicellular organism with a genetic material, DNA or RNA, surrounded by a protein envelope. Viruses are very small and tiny infectious agents. They are composed of genetic material in the protein shell. The virus causes very commonly known infections such as common colds, flu, and warts. It also causes serious illnesses such as HIV / AIDS, Ebola and COVID19.

The virus is like a hijacker. They invade normal living cells and use them to replicate and produce other viruses like themselves. It can kill, damage, or alter cells and get sick. Various viruses attack specific cells in the body such as Liver, Respiratory System, and Blood.

Rhinovirus: Along with the other 200 viruses, it is the most common cause of the common cold. Symptoms such as coughing, sneezing, headaches, and sore throat usually last for two weeks.

Seasonal Influenza: Affects a significant proportion of the world’s population. Symptoms are worse than a common cold, including pain in the body and extreme fatigue.

• Infectious Edema most commonly causes small skin-coloured bumps in children aged 1 to 10 years. However, people of all ages can get the virus.

• Herpes Simplex Virus 1 (HSV1) is the most common virus that causes cold sores. It is transmitted via saliva by kissing infected people and sharing food and drink.

• Hepatitis A is a virus that affects the liver for weeks or months. Symptoms include yellow skin, nausea, Diarrhea, and vomiting. Norovirus, which has been reported to be responsible for the development of severe gastrointestinal disorders on cruise ships, causes illness in many environments and locations.

• Rotavirus causes severe watery Diarrhea, which can cause dehydration. Anyone can be infected with rotavirus, but the disease is most common in infants and young children.

• Human papillomavirus (HPV) is the most common sexually transmitted disease in the United States. There are different types of HPV. Some cause genital warts, while others increase the risk of cervical cancer.

• Hepatitis B is a virus that causes inflammation of the liver. It is transmitted through contaminated blood and body fluids. People who have viruses do not have symptoms, but others feel like having influenza.

• Human immunodeficiency virus (HIV) is a virus that affects certain types of immune system T cells. The progress of infection reduces the ability of the body to fight for disease and infection, which results in Acquired Immuno Deficiency syndrome (AIDS).

Many viral infections resolve spontaneously without treatment. In other cases, treatment of viral infections focuses on relieving symptoms rather than fighting the virus. For example, cold medicines help relieve the pain and stuffy nose associated with common colds, but they do not act directly on the cold virus. There are several medicines that act directly on the virus. These are called antiviral drugs. They work by inhibiting the production of viral particles. Some interfere with the production of viral DNA. Others prevent the virus from entering the host cell. There are other ways these medicines work.

Vaccines can reduce the risk of contracting some viral illnesses. Vaccines include influenza, hepatitis A, hepatitis B, varicella, herpes zoster (shingles), carcinogenic strains of human papillomavirus (HPV), measles / mumps/ rubella (MMR), polio, Rabies disease, Rotavirus. It can be used to protect from such things. Vaccines vary in the number of doses required to provide their efficacy and protection. Some vaccines require booster shots to maintain immunity.