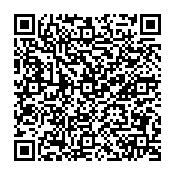 Protein-coding genes make up 1% of DNA the other 99 percent is non-coding. Noncoding DNA does not provide instructions for making proteins. Noncoding DNA contains regulatory sequences that determine when and where genes are turned on and off. Such elements serve as sites for specialized proteins known as transcription factors to attach bind and either activate or repress the process by which genes information is translated into proteins through transcription. Some non-coding DNA sequences are known to play functional roles such as gene expression regulation whereas other areas of non-coding DNA have no known function. Some non-coding DNA is transcribed into or forms a chemically related species known as RNA which serves as the cell's primary messenger of the genetic blueprint.

Exons and coding sequences are terms that are used interchangeably. They are nucleotide sequences that are found in mRNA and encode proteins. Non-coding sequences known as introns are typically spliced before translation. They are removed prior to the transfer of mRNA from the nucleus to the cytoplasm. Exons are typically found within introns. An intron is a stretch of non-coding DNA that has been incorporated into the gene sequence. Introns are thus non-coding DNA by definition and are transcribed into the preliminary messenger RNA molecule before being removed to produce the mature form. They may play regulatory roles in the activity of tRNA and rRNA as well as protein-encoding segments, or codons. However, the majority of introns are inactive. Pseudogenes can clearly function as oncogenes or tumour suppressors.

One important function mechanism is that pseudogenes can act as microRNA decoys competing with microRNAs that might target parent genes. As a result, pseudogenes could be used as diagnostic or prognostic markers. Transposable elements (TEs) are frequently regarded as harmful genomic factors and they are indeed heavily suppressed by epigenetic silencing mechanisms. The mobilization of TEs cause genome and transcriptome variability which is critical for the host species survival and evolution while all of the elements described above are functional, they only make up a small portion of an organism's total non-coding DNA. The accumulation of non-coding DNA as a result of processes that contribute to genome expansion such as spontaneous insertions, transposable elements and so on the net change in genome size affects fitness and is thus subject to selection pressure. The degree of accumulation of noncoding DNA is thus defined by the balance of forces leading to a decrease and an increase in genome size overall. Non-coding DNA on the other hand is assumed to provide an adaptive advantage to the organism in the function-dependent approach.