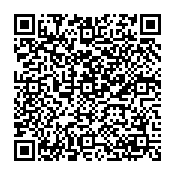 Agricultural Finance : A Helping Hand to the Farmers

In recent times, with the hardship in facing the crisis due to COVID-19 pandemic, the value for food and money has been brought a drastic change in everyone’s life round the globe. The role of agriculture has enabled the finance sector for investments that increase the agricultural productions in most diverse forms. Though it is a long run for the farmers to do farming, there they create employment, provide income also ensures food security. Therefore, this really safeguards the money storage as well as it ensures the excess capital too. This is all one side of the coin and the other side of the coin is like assisting the agricultural products in utmost beneficiary way. In general, the farmers take loan and they start farming, sometimes there might be the shortage of money or financial crisis may throw the farmers into the critical situations.

The mode of providing loans to the farmers may seem likely as a back bone and also help them to sustain in the agriculture without quitting that. Also, with the increased in advancements in technology, there is also a wide range of implements or improved technologies in the agricultural methods. These advancements help the farmers not only in the time saving patterns but also in the technologies, really help them in gaining money in short time as the manual agricultural techniques will be charged more and whereas with the advanced technologies, these will minimize the fare as well as the physical strength.

There are several studies made and research conducted in the field of agriculture with an aim to serve the poor farmers and to root them the knowledge deeply to attain more for their service. In one study, there was a concern towards the farmers to know what happens with the changes in the selected parts and this has come to an end with some positive effects and this assessment has brought variation in the impact on the financial and also technical approaches as well.

Also, this gave a brief account on the behavioural aspects of the rural farmers to service to reduce poverty. Though the agriculture is interlinked with the financial part, the mode of the challenges to be faced is the integral part. This concept has become a serious political argument too. The rural populations have few challenges such as attaining the national food security as an encouraging note. The government also should provide the approachable way by giving some source to the farmers in regard to the finance with less interest. Also, there must be some mandatory quotas for the famers to lend money from banks with the lesser interests.