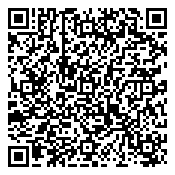 Almost 50 million people in the world, a third of whom children, suffer from epilepsy. Up to 30% of them develop refractory epilepsy. In this group, there is a need for more efficacious antiepileptic drugs. This study was undertaken to evaluate the efficacy and safety of oxcarbazepine a new antiepileptic drug, as an adjunction therapy in children with refractory epilepsy. From February, 2004 until September 2006, 30 patients with refractory epilepsy aged between 4 and 14 years, were evaluated in a before and after type (pre-post) study in the department of neurology of Mofid children's hospital. Patients had at least one seizure per month to over 10 seizures daily and none of them had used oxcarbazepine previously. They received oxcarbazepine with a maximum dose 50 mg/kg/day orally in combination with their current antiepileptic drugs. The parents kept seizure diaries and the patients were regularly assessed for seizure frequency and side effects. The follow -up period was for 10 months. We compared the daily seizure frequency before and after starting the new medication. After 10 months of oxcarbazepine adjunction therapy, 10% of the patients became seizure-free, 36.6% experienced more than 50% reduction in seizure frequency and 13.3% had increasing seizures. The drug was especially effective in the patients with partial seizures. Within the first days of treatment, brief and transient adverse effects including somnolence, dizziness and headache were seen in 36.6% of the patients which disappeared with continuation of treatment. In one patient with history of hypersensitivity to carbamazepine, skin rash occurred and resulted in withdrawal of the drug. Wilcoxon signed ranks test showed that oxcarbazepine was effective in the treatment of refractory seizures in children (P = 0.003) and as shown by Fisher’s exact test, it is more effective in partial seizures. (P = 0.0043).The results showed that Oxcarbazepine is a useful medication in the treatment of refractory epilepsy especially partial type in children.