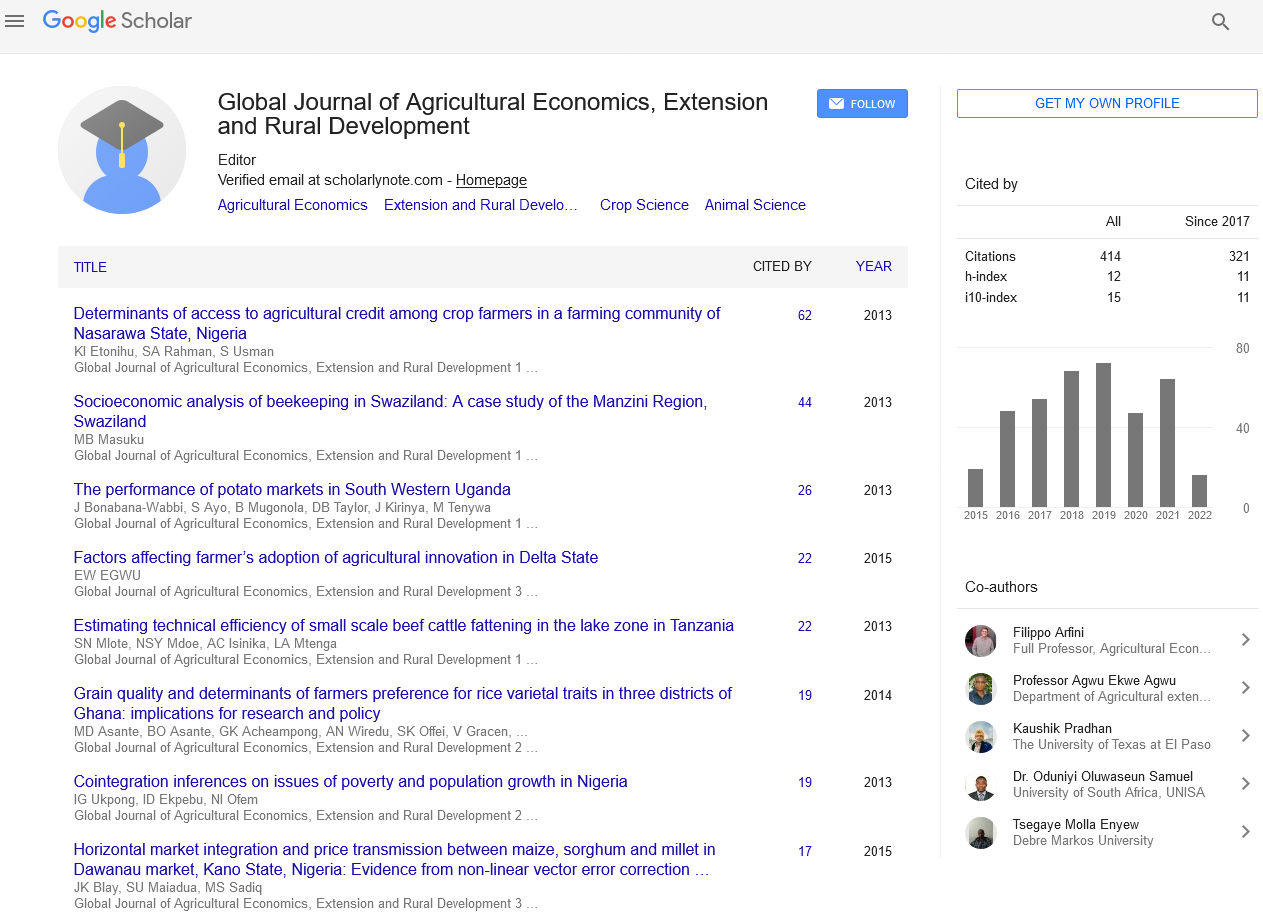 Production improvement through the use of improved technologies and increasing efficiency of inputs in cereal production in general and wheat production in particular might be an important alternative to settle food security problem in Ethiopia. However, the potential to increase the production by new introduced technologies could be less and less through time due to scarcity of resources. The efficiency of producers that they could not use available resources on hand was taken as a great attention. In this study, it was aimed to analyze the levels of technical, allocate and economic efficiencies of wheat producers; and determine factors for inefficiency in farmers’ wheat production by using cross sectional data from randomly selected 123 households during 2018/19 production year. Both primary and secondary data sources were used to undertake the study. Stochastic production frontier approach was used to estimate the level of efficiencies and ordinary least square estimation was used to identify factors that affect inefficiencies of sample households in study area. The regression model result indicated that input variables like land and seed were the significant inputs to increase the yield of wheat output. 55.63, 55.47and 30.85% were the estimated mean values of technical, allocate and economic efficiencies respectively, which indicate the presence of inefficiency in wheat production in the study area.