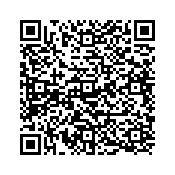 Alternative fuels, also known as non-conventional and advanced fuels, are any materials or substances that can be used as fuels in addition to conventional fuels such as fossil fuels, coal, and natural gas), as well as nuclear materials such as uranium and thorium, and artificial radioisotope fuels produced in nuclear reactors. Biodiesel, bio-alcohol, refuse-derived fuel, chemically stored power, hydrogen, non-fossil methane, non-fossil natural gas, vegetable oil, propane, and other biomass sources are some well-known alternative fuels. Alternative fuels are derived from the non-petroleum sources. Most are manufactured in the United States, lessening our reliance on imported oil, and some are generated from renewable sources. They frequently emit fewer pollutants than gasoline or diesel.

Biodiesel is made from soybeans, vegetable oil, or used restaurant grease that contains animal fat. Biodiesel blends can also be used in a regular oil-fired furnace or boiler, making them an alternative fuel source for heating residential dwellings. According to Amerigreen, if all houses using heating oil utilized a B5 blend (5% biodiesel and 95% heating oil), 400,000,000 gallons of heating oil might be saved. Small changes in fossil fuel consumption, when implemented on a large scale, can have a major influence on lowering greenhouse gas emissions.

Ethanol is manufactured from fermented and distilled corn. It is one of the most popular alternative fuels in the United States. Ethanol is utilized as an alternative aeroplane fuel. Aviation grade ethanol (AGE-85) is an 85% ethanol mixed fuel that is replacing 100 octane low lead aviation gasoline, which has been the standard fuel for reciprocating engine aircraft since World War II. Visit the American Coalition for Ethanol's alternate uses page for additional information about AGE-85. Ethanol has numerous industrial applications, including personal care and household cleaning products.

Alternative fuels are an urgent necessity. Conventional fuels, such as fossil fuels, and their combustion, have had disastrous effects on the Earth's environment. The rise in global temperature - global warming, climate change, ocean acidification, ozone depletion, and so on - are just a few of the effects of greenhouse gas emissions from fossil fuel combustion. Natural and human activities are strongly linked around the planet. Any imbalance in activity causes severe alterations in the environment. Human actions such as the use of fossil fuels have resulted in the deterioration of the natural environment. Humans are now fighting to develop solutions to restrict the emissions of greenhouse gases that are causing climate change in order to avoid disastrous consequences. The study of the benefits and drawbacks of alternative fuels is continuously on-going.