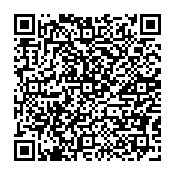 General study on structure and function of genome in human

Genomics is a study of structure, function and inheritance of a genome (entire set of genetic material) in organism. A major part of genomics is determined by the sequence of molecules that make up the genomic Deoxyribo Nucleic Acid (DNA) content of an organism. Chromosomes can be further described as containing the fundamental units of heredity, the genes (Deng, 2011). They have transcriptional units, and the regions of chromosomes are under appropriate circumstances that are capable of producing a Ribo Nucleic Acid (RNA) transcript which can be translated into molecules of protein.

Every organism contains a basic set of chromosomes, unique in number and size for every species which includes the complete set of genes plus any DNA between them (Jia, 2013). The Genomic sequences are usually determined by using automatic sequencing machines. In a typical experiment to determine a genomic sequence, DNA which is first extracted from a sample cell of an organism and it is broken into many random fragments. These fragments are cloned in a DNA vector that is capable of carrying large DNA inserts. Because the total amount of DNA that is required for sequencing and additional experimental analysis is several times the total amount of DNA in an organism’s genome, each of the cloned fragments is amplified individually by replication inside the living bacterial cell, which reproduces rapidly and in great quantity to generate many bacterial clones (Jiang, 2004).

A complete genomic sequence is itself of limited use the data must processed to find the genes and, if possible, their associated with regulatory sequences. The need for these detailed analyses has given rise to the field of bioinformatics, in which computer programs scan DNA sequences looking for the genes, using algorithms based on known features of genes, such as unique triplet sequences of nucleotides known as start and stop codons that span a gene-sized segment of DNA or sequences of DNA that are known to be more important in regulating the adjacent genes.

By studying and experimenting with genomics for many different purposes. Here are examples of the different types of genomics:

• Structural genomics aims to determine the structure of every protein encoded by the genome.

• Functional genomics aims to collect and use the data from sequencing for describing gene and protein functions.

• Mutation genomics studies the genome in terms of mutations that occur in a person's DNA or genome.

Transcriptional defense programs such as the Conserved Transcriptional Response to Adversity (CTRA) presumably evolved to adapt molecular physiology to the types of sporadic and transient threats that generally characterized our ancestral environments. In the contemporary human social ecology, however, the chronic activation of these transcriptional defense programs by purely symbolic or anticipated threats acts to undetermined health by promoting inflammationrelated chronic diseases such as Type II diabetes, atherosclerosis, neuro-degeneration, and metastatic cancer while simultaneously undetermined host resistance to viral infections. However, genomes evolve to help us thrive and proliferate, not to generate disease.

As functional genomics occupies a unique nexus between basic natures of human, as reflected in the evolved regulatory programming of our genome to generate successful human life, and the environmentally contingent realization of that innate potential for thriving disease, death, threat, resilience, thriving, and generativity are not value-neutral in evolutionary terms nor are they in humanitarian terms (Xu, 2010). As such, the molecular indicators of human well-being such as Conserved Transcriptional Response to Adversity (CTRA) and Blood-Informative Transcripts (BIT) may add a new dimension to social, cultural, and political discourse by providing objective leading indicators of human biological well-being that can help gauge the extent to which particular social conditions are congruent with basic human nature and help realize our genomically endowed potential for thriving.

The genomes evolve over time, changing in sequence or size. The study of genome evolution involves in multiple fields and is constantly changes as more and more genomes are sequenced and made available to the scientific community and public at large. Researchers hope that future genome-wide association studies will identify additional SNPs associated with chronic diseases and drug effects.