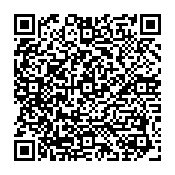 Advantages and disadvantages of energy from fossil fuels

A fossil fuel is a hydrocarbon-containing material collected and used as a fuel that occurs naturally in the earth's crust from the remains of deceased plants and animals. The principal fossil fuels are coal, crude oil, and natural gas. Fossil fuels can be burned to generate heat that can then be used to power engines that generate electricity. Some fossil fuels are refined into derivatives such as kerosene, gasoline, and propane before they are consumed. The anaerobic decomposition of buried dead organisms carrying organic molecules produced by photosynthesis is the source of fossil fuels (Hubbert, 1949). Fossil fuels are combustible geologic deposits of organic things such as dead plants and animals that have been buried beneath several thousand feet of sediment. These deposits dissolved throughout time due to the extreme heat and pressure within the earth's crust and were transformed into natural gas, coal, and petroleum (Furimsky, 2005). They are also considered non-renewable energy sources because they take a long time to recharge.

Coal, petroleum, and natural gas are the three basic forms of fossil fuels. Coal is a black, hard substance made up of carbon, hydrogen, nitrogen, oxygen, and sulphur.

Coal is processed in industries to produce derivatives such as coke, coal tar, and coal gas. The three major types of coal are anthracite, bituminous, and lignite. Anthracite is the hardest form of coal with the highest carbon concentration (Budinova, 1988). Furthermore, Lignite is one with a high concentration of oxygen and hydrogen but a low percentage of carbon. Finally, bituminous coal is a medium-quality coal.

Petroleum has an unusual odour since it is a mixture of petroleum gas, diesel, paraffin wax, petrol, and lubricating oil, among other things. It is also called as Black Gold since it has numerous applications in a variety of industries (Watts, 2004).

Natural gas is colorless and odourless. We can readily transport it via pipelines. We also store it under high pressure as Compressed Natural Gas (CNG). It is, in reality, a less polluting and less expensive fossil fuel. One of the most significant natural gas is methane.

Fossil fuels can generate a massive amount of electricity in a single spot. Furthermore, they are easily accessible and reasonably priced. Furthermore, oil and gas may be conveniently transported via pipes. They have become safer over time. Furthermore, the majority of our infrastructure is intended to run on fossil fuels. Finally, despite the fact that it is a limited resource, it is abundant.

When these fuels are burned, they emit carbon dioxide, a primary greenhouse gas, which is also a major cause of pollution and contributes to global warming (Kerr, 2007). When we burn coal and oil, we emit sulphur dioxide, which can cause respiratory difficulties and acid rain. Most significantly, they cannot be replaced. Furthermore, when we burn them, they acidify the environment. As a result, it has a negative impact on the ecosystem and makes it unpredictable. Because nonrenewable energy resources are finite in supply, we will eventually run out. Furthermore, harvesting them causes fatal diseases, such as coal miners suffering from Black Lung Disease at times, and natural gas drillers being exposed to chemicals that hazardous to health.