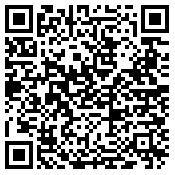 Effect of sumac on DNA

For a long time, R. coriaria has been used as a spice by grinding the dried fruits with salt, and it has also been widely used as a medicinal herb in traditional medicine for its athero protective effect and its ability to treat eye diseases, wounds, bowel disorders, ring worms and skin disorders. In addition, R. coriaria has recently shown to have hepatoprotective, anti-ischemic, antimicrobial as well as hypoglycemic, anti-tumor andhyperlipidemic effects. Volatile substances, flavonoids, tannins and xanthones have been reported from this plant. Due to its easy collection and the remarkable biological activities, R. coriaria has been used both as food and medicine in some parts of the world especially in Iran. Tannin extracted from Sumac possesses potent antimigratory activity. Sumac yield tannin a substance used in vegetable tanning. Effect of TANNIN (plant polyphenolic compound) on DNA extract from spinach has been studied. Tannin is extracted by using acetone extraction where DNA is extracted by ethanol precipitation. The effect of tannin on DNA was studied by using different concentrations (10% to 30%) of tannin. The Optical density (O.D.) values of DNA decreased over incubation time indicating reduction in density upon addition of tannin which may be protective by repairing DNA or preventing DNA damage.